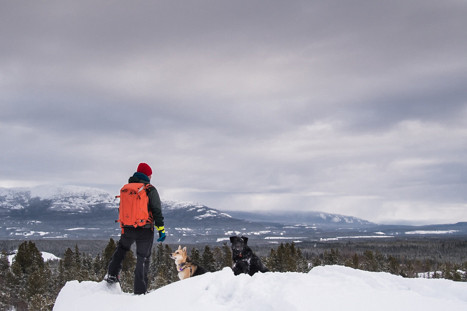 Jason is a Whitehorse, Yukon based northern photographer and drone operator.

My first camera was a Minolta X-700, which I inherited from my uncle in the late 1980's.  My uncle travelled the world flying airplanes and capturing images where ever he went.  This is what sparked my interest in photography and flying.  While still in high school I joined the Royal Canadian Air Cadets.  This become the avenue for obtaining my glider and private pilots license.

After graduation with my pilots license in hand, I joined my uncle in flying a small airplane from South Africa to the Caribbean.  Little did I know this would peak my interest and I would return to Africa years later to capture images of some Africas raw beauty.

Following the flying dream, I obtain his commercial license and was hired to fly bush planes around the Yukon, parts of Alaska and Northern BC.

In the early 2000's, firefighting captured my attention. Joining the Airport fire department in Whitehorse and then the City of Whitehorse fire department, thus began a career in the fire service that lasted twenty years and ended with me obtaining the Deputy Fire Chief's.  During my time in the fire service, technical rope rescue became an interest. With a number of courses and education under my belt, I now teaches Technical Rope rescue, Confined space rescue, Fall protection and Tower climbing and Rescue.

In the last number of years my interest in photography has renewed.  I completed a diploma in photography, through the Photography Institute of Vancouver. I have an interests for capturing landscape, abstracts and industrial scenes.  With my busy family, You can find me at either the local ski hill capturing images of ski races or on a local ranch helping with horses.

In the winter of 2019, I bought my fist drone, a Mavic mini. This has opened up new ways of viewing the world. It gave me a prospective that was unique and often not view by the general population.  I added a second drone, Mavic pro 2, in the spring of 2021.  The larger drone gave me the ability to extend my flight time in more adverse weather conditions ( higher wind resistance).

Seeing the unique perspectives and applications where a drone could be used, I started up a drone business.   Find out more about it here: Northern Drone Services

Based in Whitehorse, Yukon Jason has an interest in traveling to remote locations to explore the world through the lens of his camera.

Nikon Z6II - Full frame mirrorless.  Recently traded in the SLR gear and went mirrorless.   The transition has week well so far.  Love the smaller form factor that the mirrorless gives me.  The auto focus, low light and video is amazing.

DJI Mavic Mini - First drone added to the kit. A great little drone to send up and capture some quick shots with.  Love the size of it.

DJI Mavic Pro 2 - Up the game in aerial image / photography capture. The M2Pro has great camera for image capture.  I am starting to love its ability auto program mode for capturing images for panoramas.

Nikon D750 - full frame camera.  Absolutely love this camera. It has been my workhorse main body for the last number of years.  It has been in the heat of South Africa, has spent many nights outside shooting time lapse, and has rattled around in the back of airplanes, trucks, boats and horse back.  It has never missed a beat.

Nikon D500 - New last year to my kit.  It replaced a Nikon D7000.  I am loving this camera for its frame rate - 10fps and for its form factor as it is designed like the pro FX Nikon cameras.

F-Stop Camera Bag - Best camera bag I have owed.   It has been bomb proof.  It carries everything I need and more with comfort.  Check them out at F stopgear

Black Rapid Straps - Love these camera straps. I have one for each my bodies and they hardly ever come off.  Blackrapid

When I travel nothing protects my gear better than Pelican cases.  I have a few of their cases.  They have been in airplane over head compartments and under seats, in the back of snowmobiles at -40ª celsius,  and bouncing around the back of the truck in Alaska and Africa.  I swear by them. Check them out at pelican cases

Featured Story on We are F stop:

My stock Images can be found at: